(Elm Springs, TN) 14 August 2017 — The Sons of Confederate Veterans opposes the KKK and other racist organizations. The SCV condemns in the strongest possible way the actions, words, and beliefs of any racist group. These groups are filled with hatred and bigotry, and racism is counter to the American principles of freedom for all citizens. Neither white supremacists nor any other racist group represent true Southern Heritage or the Confederate Soldier, Sailor, or Marine. In like-manner, the SCV condemns the actions of the “Antifa” counter-protestors whose role was to meet violence with violence and to answer hate with hate. Particularly, the SCV condemns the Alt-Left’s attempts to attack Confederate monuments and other war memorials in an attempt to tarnish the true history of our great nation and to further their modern socialist political agenda.

The clash in Charlottesville, Virginia on 12 August between “Antifa” and “Alt Right” has nothing to do with the Confederacy, the SCV, nor Southern history. Antifa and the Alt-Right are opposing political perversions which chose a hallowed historical monument as the location for their vile criminal acts. There is no link between these criminal elements and Confederate history, and to try to create a link is unfounded. Leave history to history.

The SCV has a strict policy which forbids SCV members from associating with the Klan or any other racist organizations. The SCV supports and promotes unity and respect. The U.S. is a nation of laws, and the SCV respects the Constitution our forefathers wrote and the government of our re-united country. There are no classes of citizens and the SCV is no different. We expect and demand that all Americans respect each other’s perspectives with civility, regardless of demographics.

As an organization, the SCV goal is to follow the direction of the Apostle Paul and “speak the truth in love” (Ephesians 4:16). There is no place for violence and hatred. All individuals are created in the image of God and worthy of acceptance and respect. The SCV condemns all acts of hatred and the improper use of our ancestors’ battle flag, which they nobly carried into battle for their own political independence. The Battle Flag was not and is not a symbol of racism; it is a soldier’s battle flag given to the SCV by the Confederate Veterans. The KKK, nor any other group, has legitimate use of our Confederate symbols. 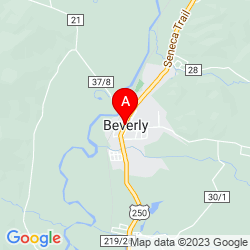